Steadily gaining fame year over year, Roopkund trek has become India’s gem of the Himalayan adventure scene. Well-deserving of its popularity, Roopkund, translating into English as “beautiful pond,” attracts backpackers from across India as well as international visitors with its beauty and mystery.

Roopkund itself is a high-altitude, glacial lake nestled deep into the Garhwal Himalayas of Uttarakhand. The 54km trek traverses some of the most diverse and stunning scenery that Himalayan trekking has to offer, spanning the time of six trekking days, plus one on either side for jeep transportation back to connectivity points.

Trekkers consistently attest that the views throughout the journey are miraculous, but most come to see for themselves if the rumors of skeletons lying around the lake are in fact true.

They are, but more on that later…

What to Expect from the Itinerary?

Day one lets you rest easy, your only task being to find your way to Lohajung, the small village at 7,700ft serving as the trailhead for this adventure. Several comfortable homestays are available, and the panoramic mountain views give you a teaser of what is soon to come.

Leaving from Lohajung on day two, a beautifully-rugged temple can be paused at for a time of reflection, after which you plunge into the valley of dark undergrowth for much of the 11km day. Gently curving alongside the Neel Gunga, the trail weaves through sunlight-studded forest, guiding you up toward the village of Didina.

Here, a homestay and chai stall offer welcomed hospitality, and many use this point as their lunch break for the day. Following this cheery opening, it’s back into the forest until you reach Tolpani, at 8,300ft, where many choose to camp for the night. Tolpani is , strikingly and aggressively lush. Everything here is green and vegetative, with a little summer shepherd residence tucked among the stalks.

Trip Suggestion: Check out our comprehensive guide on The Trek to Gaumukh – A Step by Step Guide

The following morning, this trail abruptly breaks into the open air atop none other than Ali Bugyal, the meadow that has stolen India’s heart. This rolling, high-altitude carpet of neon green grass seems to extend infinitely, gifting trekkers with sights of grazing livestock and shivering wildflowers throughout. Look to the east, and let the faces of Nanga Ghunti & Trishuli humble you. 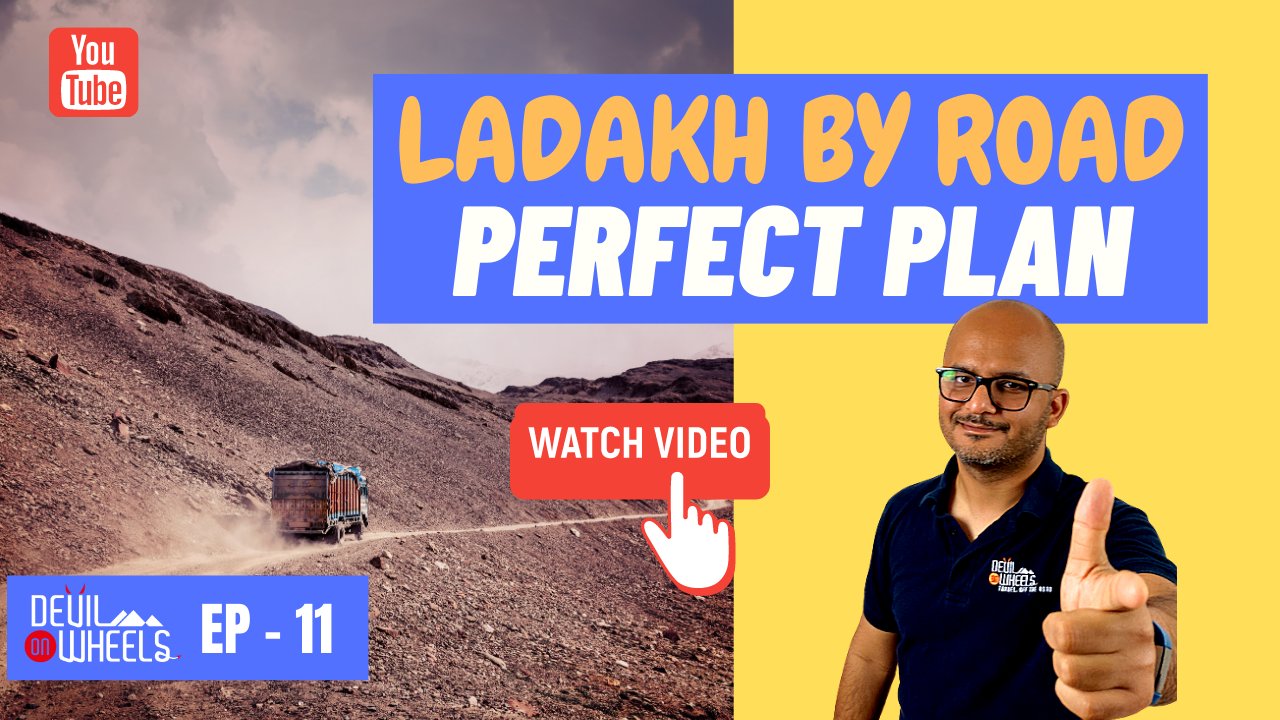 The rest of this 6km day leads you past a Maggi point up to Bedni Bugyal, your second high-altitude meadow of the day (and campsite- lucky you!) at 11,700ft where several -laden temples can be found.

Day four’s prized possession rests at the top of the first climb. Again a 6km distance for the day, the trail leads you to something almost pass-like, a section just a few winding kilometers above Bedni Bugyal that opens up the valley view for all to see. Making the trekkers look like ants, you can see from here the trail etched into the side of the mountain fade into the distance toward Patar Nachauni, the night’s destination resting at 12,700ft.

The showstopper of day five is undeniably Kalua Vinayak. Earned by an initial steep climb, this heavily-gifted temple rests among a spectacular view of Kedarnath, Chaukhamba, Neelkantha, Trishul and Nanda Ghunti. At 14,200ft, your 4km trek for the day has brought you to Bagwabasa, the official Base Camp for Roopkund. You’re ready to climb.

The day six summit push begins roughly around 2:00 am, and the iced, rocky switchbacks up to the lake present a 6 km arduous climb for many, often requiring crampons. The goal of this night hike is to avoid sunlight creating a slippery surface from the half-melted ice, but the reward is priceless. Roopkund stands before you at 15,750ft in all its glory, skeletons scattered in the snow and nestled at the bottom of the lake.

Now, these bones are estimated to belong to roughly 300 biologically separate skeletons, which have been carbon-dated back 1,200 years to 9th century A.D. The mystery? No one knows who they were or why they were there. Theories are ranging from angry gods punishing armies to a freak hailstorm killing migrants, but one fact can be confirmed- they all died from sustaining hole-punching injuries to their skulls.

It’s easy to get distracted by this oddity, but the true prize of the summit is just 250 feet higher. Junargali, the crown jewel of Roopkund, rests atop a magnificent throne of snow. This iron gate is a symbolic gateway between valleys, dangling a single golden bell from its apex among the glittering white mountains that surround it. This thing, if weather permits, is the true grand finale of the trek to Roopkund.

The day ends with a 10km descent back to Bedni Bugyal, from which you descend 11km into the charming village of Wan the next day. Be sure to allow time to chat with the locals, who may invite you in for a cup of chai, and explore the temples hidden beneath towering pine trees. From Wan, you can arrange a jeep to either Lohajung or another point of connectivity.

You know you want to trek to Roopkund, just don’t know how to start? The journey to Lohajung, you can easily sort by hiring a jeep from the hub of Haldwani/Kathgodam for roughly 900 INR. The ride generally takes 12 hours from that point. Kathgodam and Haldwani can be reached by bus or train from Delhi.

This is a high-altitude trek. Since the Roopkund trail does include a maximum altitude of 5,029 meters and is a moderate trek, it is highly advisable that those who attempt it ensure that they have previously hiked in the high mountains. Preferably to a height of at least 3,000 meters, so that to avoid any unwanted AMS symptoms.

The more acclimatized you can be, the easier and more enjoyable your time will be here. Trekkers should be physically fit and be actively working out at home to prepare for this adventure. In general, individuals should be able to run 5km in 25-30 min or walk continuously for 10km.

Expert Travel Tip: Going on a trek? Then checkout 12 Must Have Things to Carry on Hiking or Trekking Trips

Best Season to Travel to Roopkund

Roopkund has two main seasons; May through June and September through October. Depending on the choice of season, the trek transforms into the almost entirely new scenery, given the weather variations. While you will find snow atop the Roopkund summit in the summer months only, snow is much more abundant in September and October, turning

Roopkund into a winter wonderland during this time. Apart from these months, the trails are largely deserted. Many locals, who make their living on the adventure tourism of trekkers visiting their chai stalls and homestays that dot the trails, pack up for the season.

So, there you have it- your beginner’s guide to tackling Roopkund trek and making it an unforgettable eight days. Junargali, the mystery skeletons, neon meadows, and incensed temples are all waiting for you – pack your bag and discover the unknown now known! 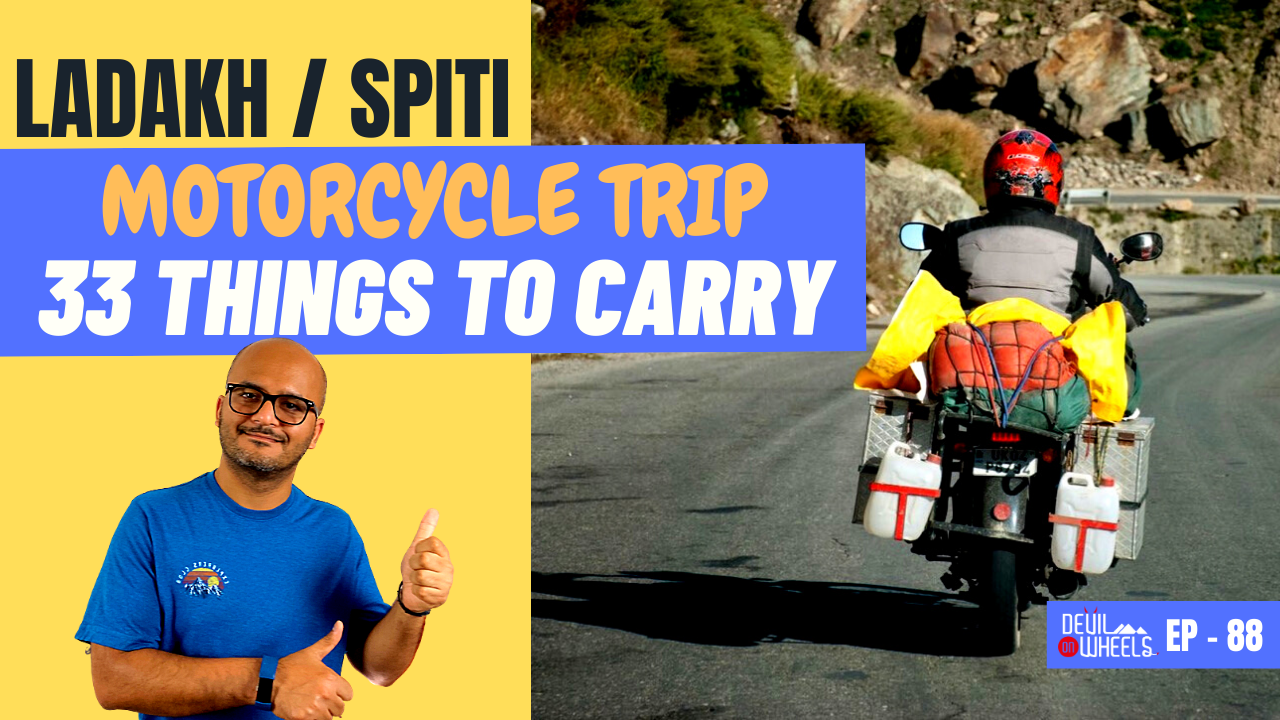 I am a college student trying to explore this world as much as possible. I write about my experiences and all the information about the places which I've visited. Read about my journeys here.