Yes, the news is true that rented Self Drive cars in Leh – Ladakh are FORCIBLY banned now by Ladakh taxi union. Over the past few days, there have been several reports put up on various social media platforms and online travel forums/communities.

Further, a lot of panics have been created in the last week regarding traveling to Ladakh and travelers are now reconsidering their plans.

I would like to summarize the issues for you after going through all the sad incidents and also talking to various local people in Ladakh spanning from taxi guys to travel agents to hotel guys.

What is the Ladakh Taxi Union Rule for Self Drive Vehicles?

After all these discussions and incidents, we still strongly feel that as long as you’re following the taxi union forced rules, nothing will spoil your high altitude dream trip to Ladakh.

“You cannot take any rented self-drive car to Nubra Valley, Pangong Tso, and Tso Moriri lake. In case you or anyone in your group will do, then the problem arises, and you can be part of collateral too even if you have a white plate car, but someone in the group has rented a self-drive car. You can get into Leh from Srinagar or Manali and get out of Leh to Srinagar or Manali in any car including outside rented taxis, rented self-drive cars too. The private white number plate car should be in the name of you or anyone in the car or belong to your family/father/company, which you can prove to them with some proof if confronted for a white number plate. The moment they feel it is a rented car going sightseeing and does not belong to anyone in the car, you are in trouble.”

Why are rented self-drive cars not allowed in Leh Ladakh?

It all began in June 2015 when the Ladakh Taxi Union reached their own (non-approved by administration, please read) resolution that the tourism potential of Ladakh is being exploited by use of malpractices such as privately hired vehicles (white number plate), self-drive vehicles (black number plate vehicles) and motorbikes for commercial use in Ladakh. You can find the resolution below.

Do check these tips on self-drive to Leh Ladakh.

Soon after the resolution, there were isolated incidents of blocking hired self-drive cars and bikes in Ladakh and forcing its occupants to hire a local vehicle to do sightseeing within Ladakh. In some cases, some people deflated tires, and in other cases, they surrounded tourists. You can even read the official Zoomcar advisory which they sent to all their customers below as well. 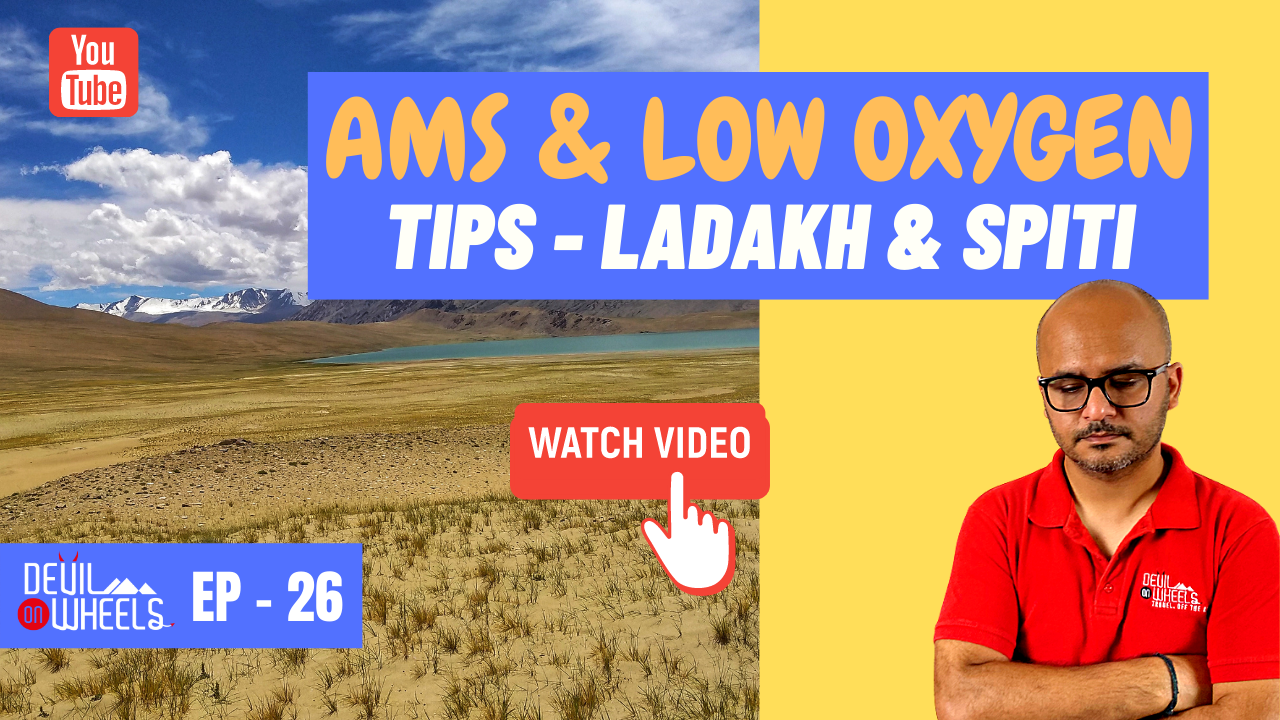 This clearly says, that Zoomcar also knows about this forced rule of taxi union and advice taking rented cars for sightseeing in Ladakh thereby. The law is legal or illegal, as of now it does not matter unless you want to go and fight it out in court which I feel a similar case is being fought in Jammu High court against the ban of outside rented bikes not allowed in Ladakh for sightseeing since last year.

But, yes, this forced up issue or rule has been around now and also appears that will continue too. So, all fellow travelers must have a caution that they are panics with this forced non-approved rule by taxi union.

What about cars getting smashed by union guys?

However, in the past week, we have learned of a couple of unfortunate incidents where people from the local taxi union have attacked self-drive rental cars breaking their windshields, piercing body armor with metal rods and injuring occupants in the process. The height of insanity we feel of this forced upon rule.

From its discussions with sources and drivers in Ladakh, DoW has learned that in addition to the attacks, tourists with private vehicles (white number plates) are also asked to prove that the vehicle belongs to them and isn’t hired. For example, they ask tourists that the person mentioned on the registration certificate of the vehicle should be present in the vehicle. Or if the vehicle belongs to a relative (father, mother, husband, wife), it has been asked to prove it using other documents like driving license, or so. The idea being, privately hired vehicles are also being confronted for controlling the malpractices of renting cars from outside Leh. But this might be a temporary phase for self-drive cars with white number plates, and in case you are in your vehicle or someone with you, NOTHING TO WORRY AT ALL.

Given the above, DevilOnWheels would like to issue a strict advisory to all its members/readers to avoid using services of any self-drive rental company for sightseeing within Leh – Ladakh to Pangong Tso, Nubra Valley, and Tso Moriri Lake. You can freely use such rental services to get into Leh and get out of Leh without any issues. Till the time matter is not resolved or confronted, please stick to the rule to avoid any hassles.

Should I carry a NOC if taking a car to Ladakh?

While carrying your own can or car of some relative, please carry sufficient documents to prove ownership of your private vehicle to avoid any trouble at all. If the vehicle is not in your name, consider migrating the RC or, at the very least, get an affidavit executed from the owner to prove that the vehicle is private and isn’t used for commercial purposes.

Do not forget to carry these important things for any self-drive trip to Leh Ladakh.

However, we cannot assure if the local taxi union will accept such an affidavit or not. Just a thought on mitigating the risk, in the case arise when the car does not belong to you and not a rented self-drive car. 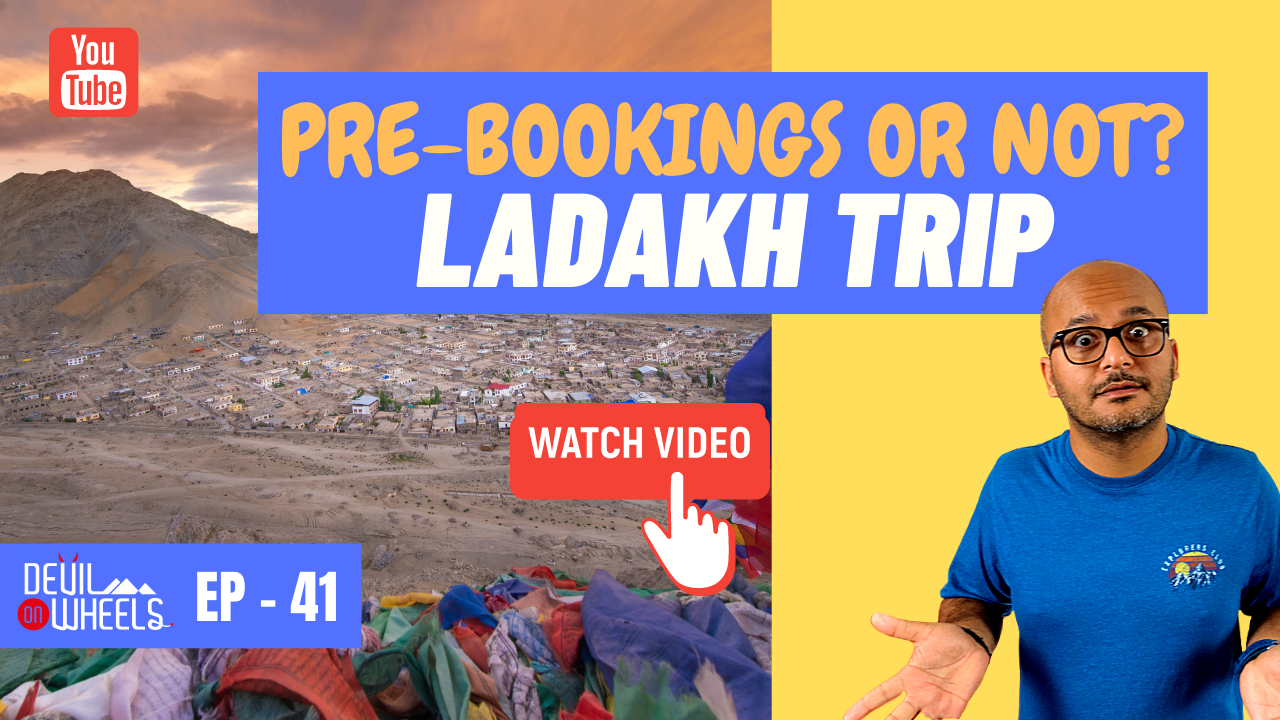 DoW also suggests that every traveler should carry a copy of the resolution of the taxi union, which mentions that “non-local vehicles will only be allowed to drive on the highways from Srinagar and Manali to Leh and fro.” Carrying the resolution copy will help you to avoid a confrontation with the taxi union if you’re driving to Leh since you are allowed to park your vehicle in Leh and hire a local vehicle thereon.

Should I travel to Leh Ladakh in big car convoys?

DevilOnWheels also suggests to an extent possible, avoid traveling in big convoy and rather go solo or in a small group of 3-4 cars at most for this season to avoid any issues of confrontation as well. Also, avoid traveling by anyone who is using a hired self-drive car as you might find yourself in the line of fire and end up being under collateral damage.

Beyond what is discussed above, we do not believe there is any reason to panic or reconsider your dream trip to Ladakh. Until a resolution on the above activities is reached, please follow the taxi union forced upon rules to avoid hassles. However, shall a confrontation still occur, DoW recommends exercising restraint and resolving the matters amicably, offering to drive the vehicle to Leh, parking it there and hiring a local vehicle thereon?

To keep you updated on this sad unapproved taxi union forced rule, we have started the entire thread in DoW Community on this forced rule of taxi union of self-drive cars in Ladakh and other updates where you can find the incidents which happened over last few weeks and reported online. The link to the community thread is Self-drive cars in Ladakh – status and updates. Feel free to post your experiences as well once you are back from your Leh – Ladakh trip to help other fellow travelers in a dilemma too.

You can always get in touch with this List of taxi drivers for Ladakh – Srinagar- Manali – Zanskar tours, if you are not self driving.

EDIT: Headline Updated. Also, we DO UNDERSTAND that the livelihood of the people up there in Leh – Ladakh does depend upon the tourism and having self-rented cars from outside Leh, maybe 50-60 cars at a time in Leh is affecting the lives and earnings of 50-60 drivers and their families while benefiting the people outside Leh in commercial terms, however, we strongly condemn such acts by Taxi Union of hurting the tourists or travelers for such forced upon rules by them and not getting to the situation in the same way.

You can also check this short video on DevilOnWheels YouTube Channel about some practical tips for making a self-drive trip to Leh Ladakh. If you like my video, please do not forget to SUBSCRIBE to my YouTube channel.

PS: Really sorry for not writing on a frequent basis for last few weeks, but now I am back from Sach Pass trip and other things are also sorted, you will get a post every Monday morning as it used to happen weekly earlier, starting with Sach Pass only ;). 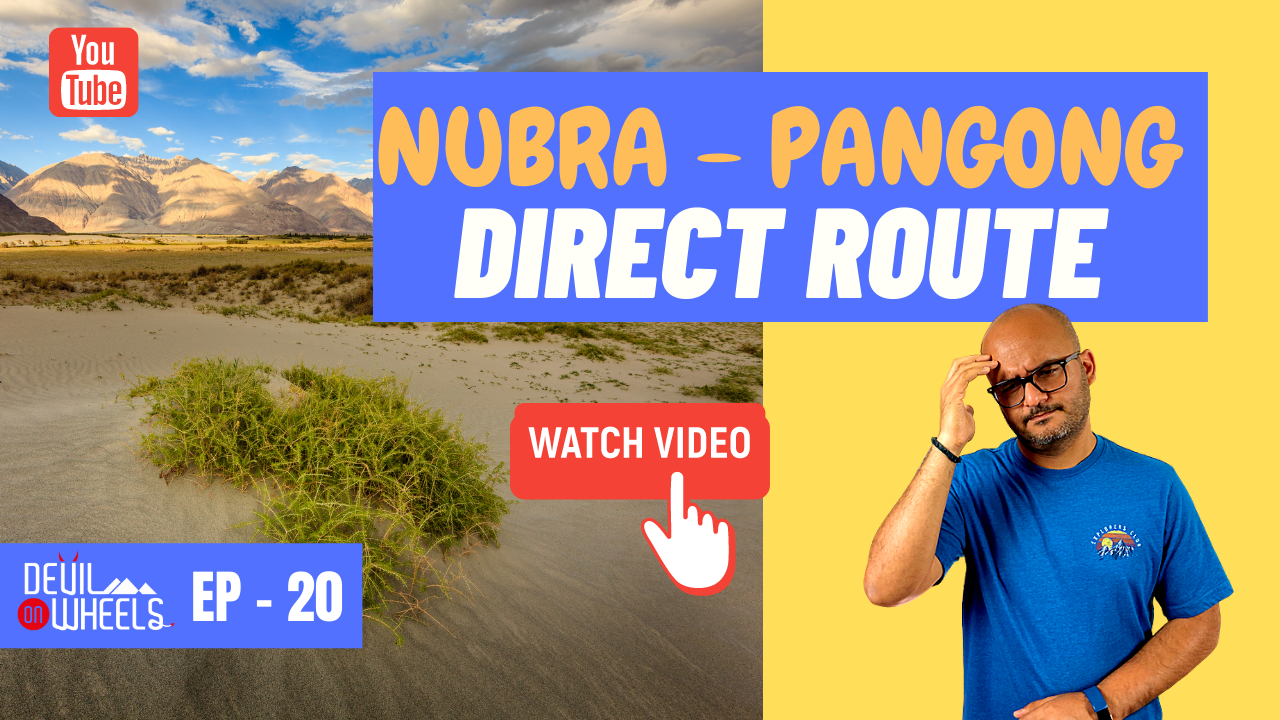