At an altitude of 12000 feet, Hemis Monastery is the largest Tibetan monastery in the Ladakh region. It is one of the most visited monasteries by tourists on a trip to Leh Ladakh. It sits on a mountain on the west side of the Indus River, only 45 km away from the town of Leh, and is one of the prime attractions of the Ladakh trip.

Hemis Monastery belongs to the Drukpa lineage or the red sect of Buddhism and is said to have been first established in the 11th century, and then re-established in the 17th century (the year 1670 approximately) by the then King Sengge Namgyal. So manifestly, it is enriched with a great deal of history and legends.

History of Hemis Monastery in Ladakh

The history of Hemis Monastery is contained as a transcript of a biography of the pupil of yogi Tilopa – Naropa. This biography was found in the Hemis Monastery and was translated later in various languages. It talks about how Naropa met Tilopa, a tantric master, and the tasks that Tilopa assigned to Naropa to achieve enlightenment.

Naropa is considered the “Abbott of Nalanda,” the famed monastery/university in present-day Bihar. This Nalanda University flourished in its full glory until it was sacked by the Afghan-Turkish invaders, which could be the cause of Naropa’s peregrination to the North, and ultimately Hemis, where he consequently met Tilopa.

It was then that Naropa and Tilopa both traveled back to another university in the then kingdom of Magadha in Bihar, called Otantra, which is no longer in existence now.

Naropa went on to become the founding father of the esoteric Buddhist lineage of Kagyu. Thus Hemis became the seat of this Kagyu lineage of Himalayan Buddhism.

Another controversial story proclaims Hemis to be the origin of an unknown gospel of Christianity, according to which, during his ‘lost years,’ Jesus is said to have traveled to India. Today historians find an abundance of incertitude in this particular story as the pieces of evidence are said to be fabricated, rendering the entire account a hoax.

Besides the interesting history, Hemis boasts of an array of art and culture. Every year in the month of June Hemis witnesses a high-spiritedHemis festival dedicated to Lord Padmasambhava (Guru Rinpoche).

His birth anniversary falls on the 10th day of the fifth month of the Monk year of the Tibetan calendar. What’s interesting to know here is that this day comes once every 12 years. Thus, it is celebrated as an extravaganza with great festivity and fervor.

People believe that the life mission of Guru Rinpoche was forever to improve the spiritual condition of all living beings, hence, at the festival, sacred rituals are observed to attain spiritual strength and good health.

The Hemis Gompa festival is celebrated in the princely courtyard of the monastery. The beating of drums as an early morning ritual, and the clash of cymbals and a spiritual wail of pipes, and it is then when the portrait of Rinpoche is ceremoniously unveiled for all to worship and pay homage.

Q1. How to reach Spiti Valley and how many days do you need for a Spiti Valley road trip?
YouTube Video VVUyR2s3ZEFRT3I1LXZJN2ljUEh3LTN3LlhleWhLN3AtelVj

Q103. Why should I plan a trip to Leh Ladakh by flight? - 7 Reasons Why Travel to Ladakh by Air
YouTube Video VVUyR2s3ZEFRT3I1LXZJN2ljUEh3LTN3LmhpUXRUSlA5ZzEw

Q102. What are the things to consider for Leh Ladakh trip? [7 Things to Know]
YouTube Video VVUyR2s3ZEFRT3I1LXZJN2ljUEh3LTN3LmwxMUxZcHRBRjdB

While you can see musicians performing traditional Ladakhi music in full swing, the main attraction of the festival is the mystic masked dance, called Cham Performance, which is one the most esoteric festivities of the Buddhist tradition. It is apart of a tantric ritual and is performed only at those Gompas that follow the Tantric Vajrayana teachings. You can also see any monks performing tantric worship at the festival.

Hemis festival is one of the most important festivals among all the festivals of Ladakh. Usually, the festival is celebrated in the summer months of June and July, depending upon the Tibetan calendar. Here are some of the dates for this festival in the upcoming season of Leh Ladakh tourism. 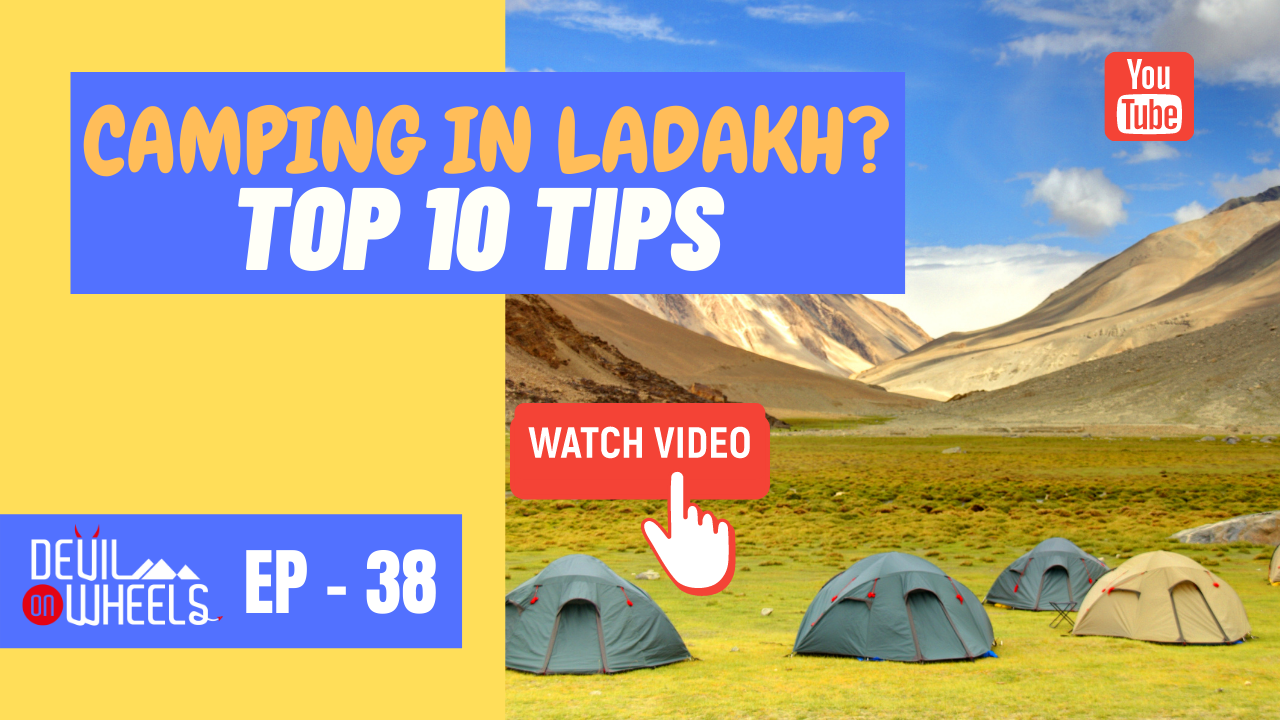 More about the Hemis Monastery

Besides the iconic copper gilded statue of Lord Buddha, the monastery houses a wide collection of historical and religious paintings called Thangkas and various stupas and statues made of gold, silver, and other precious metals.

There is a museum within the monastery where numerous carriers, weapons, and other Buddhist relics and artifacts are displayed. The Hemis Monastery is one of the world’s highest settlements at the height of 12000 feet and is the center of Drukpa ancestry where they train Lamas for all the royal monasteries.

About 3 km away from the monastery sits another sacred hermitage, which is said to have been founded by the great Gyalwa Kotsang whose footprint and you can see a handprint on a rock inside the cave. The hermitage is adorned by fluttering Buddhist flags and is thus visible from far away.

The intricate designs, ancient murals, the three-dimensional mandala, and the unique architecture of the monastic complex are a sacred heritage of a rich culture that existed here.

June – July specifically would be the best time to visit the Hemis monastery when the Hemis Festival is celebrated. Otherwise, May to September is a good time to visit here.

The roads to reach Ladakh via Manali and Srinagar are closed from November to May, because of heavy snow, therefore traveling via air is the only option to reach Leh and Hemis monastery during this time.

How to reach Hemis

The distance from Leh to Hemis is just about 45 km. However, most people make a trip to Hemis monastery on their two day trip to Pangong Tso or as a monastery tour from Leh on their trip to Ladakh

The monastery is nestled in a gorge surrounded by barren mountains of the Hemis National Park, only 45 km south-east of the town of Leh, off the Indus River road. You can visit here on the day you plan to stay in Leh and explore the local attractions. 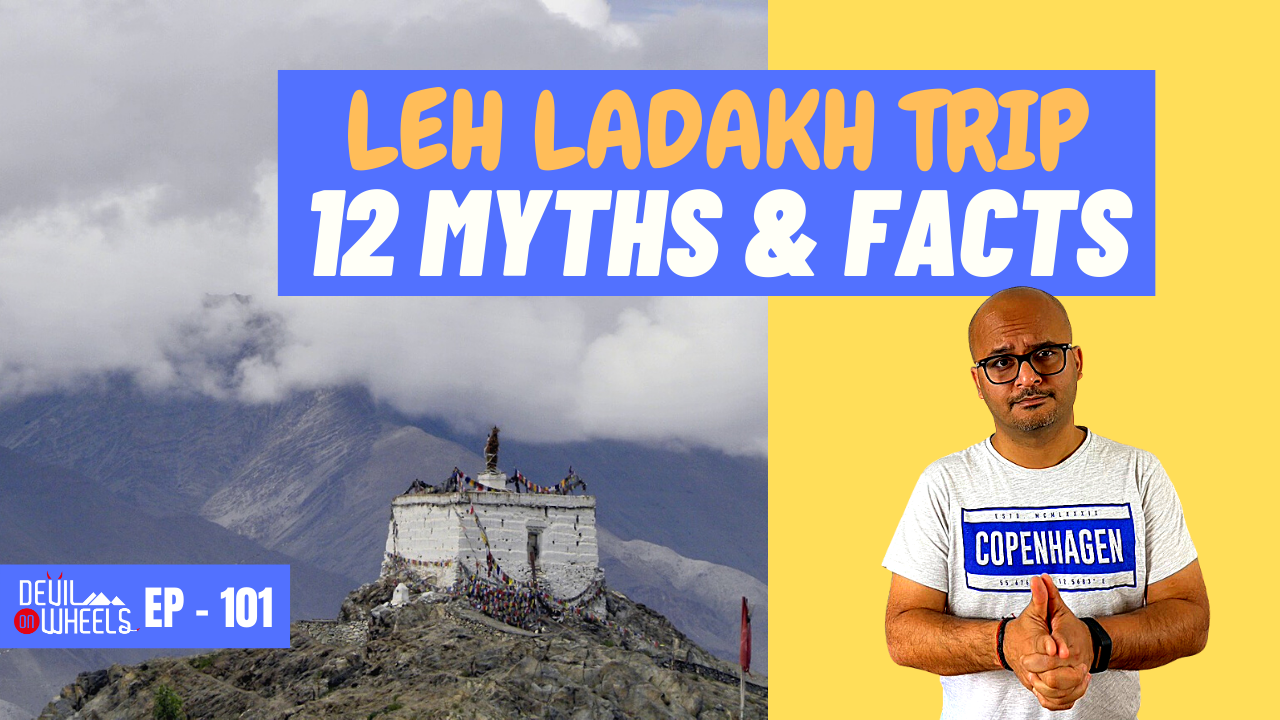 The state-run JKSRTC buses ply within the Ladakh region. You can also take your private vehicle (cars/bikes) to Hemis Monastery from Leh as well.

By air – The nearest airport is Leh Airport, which is well connected with some major airports in India including New Delhi. From the airport, taxis can be hired to reach the hotel in Leh and then make a day trip to the Hemis Monastery from Leh and back the next day after acclimatization.

By train – The nearest major railway station from Leh is Jammu Tawi, at a distance of 812 km from Leh. Taxis can be hired from the railway station to reach Leh over Srinagar Leh Highway in a 3-day journey with overnight halts at Srinagar and Kargil.

Joginder Nagar railway station is just 635 KM from Leh via Manali Leh Highway but is not a major one.

Q1. How to reach Spiti Valley and how many days do you need for a Spiti Valley road trip?
YouTube Video VVUyR2s3ZEFRT3I1LXZJN2ljUEh3LTN3LlhleWhLN3AtelVj

Q103. Why should I plan a trip to Leh Ladakh by flight? - 7 Reasons Why Travel to Ladakh by Air
YouTube Video VVUyR2s3ZEFRT3I1LXZJN2ljUEh3LTN3LmhpUXRUSlA5ZzEw

Q102. What are the things to consider for Leh Ladakh trip? [7 Things to Know]
YouTube Video VVUyR2s3ZEFRT3I1LXZJN2ljUEh3LTN3LmwxMUxZcHRBRjdB

You can make a day trip to Hemis Monastery along with other monasteries nearby, including Stakna, Thicksey, and Shey Palace. What people also do is visit Hemis Monastery on the way to Pangong Tso or while coming back from Pangong Tso. So, there is no need to find an at Hemis monastery stay option.

If you really need to visit Hemis National Park for a Snow Leopard sighting or maybe want to stay at Hemis, there are some homestays or guest houses available in Hemis village nearby.

Some folks also visit Hemis monastery along with their Sham Valley tour, which includes other attractions like Gurudwara Pathar Sahib, Magnetic Hill, Basgo Plains, and the local markets of Leh. But, I will recommend making a trip to Hemis Monastery on your visit to Pangong Tso.

So your base remains at Leh where you can find many stay options, while you give yourself some time to acclimatize in Leh, for your further ascent.

There are a couple of eating stalls around the Hemis monastery where you can grab quick bites, but it is advisable to carry food/water with you for the day, as it would be a long day exploring the nearby places. In the monastery, there is a dining/rest hall where they serve tea/coffee and biscuits for free.

It’s important to note that photography is not allowed inside the prayer hall and the museum at the Hemis Monastery.

Travelers are advised to consult their doctors before commencing this journey because it can be tedious and demanding, and the climatic conditions can get extreme at times in Leh Ladakh.

Besides being unbearably cold in the winter season, AMS (acute mountain sickness) is sure to hit even the most experienced travelers, as the altitude is high and vertiginous. For altitude sickness carry medicines and give yourself enough time to acclimatize when you reach Leh.

BSNL and Airtel postpaid numbers work fine near Leh, other networks do not get any reception. BSNL has the widest coverage and Reliance Jio has also begun its operation starting 2018.

Hemis Monastery is a soulful reminder of the glorious culture and history that India has nurtured in all these years, and given the vastness and surrealism of Ladakh, even though you might not see everything in one trip, Hemis Monastery is something you just don’t want to miss. 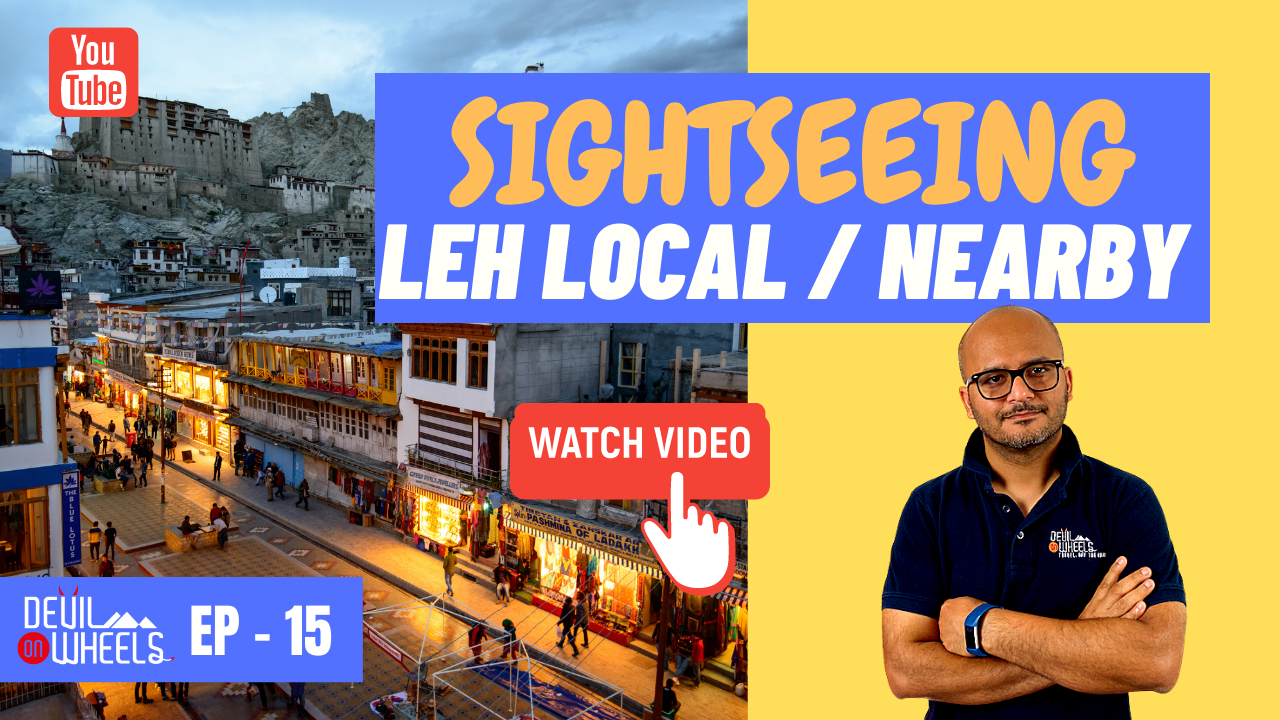 If you know your friends or family are planning a trip to Hemis monastery, do share this article with them to help them make a memorable Ladakh trip.

A Chartered Accountant by education, a traveler by passion. When not traveling, I am writing travel stories, cooking and watching movies, but mostly day dreaming about the mountains. Also a dog lover essentially.

Any cookies that may not be particularly necessary for the website to function and is used specifically to collect user personal data via analytics, ads, other embedded contents are termed as non-necessary cookies. It is mandatory to procure user consent prior to running these cookies on your website.