Day 2 started with big celebrations for the Mega Meet kick-off by cutting the cake. It was such a great feeling to see so many people connected with one cause and one passion, the love for traveling to Himalayas and spread smiles up there in Spiti Valley. Everyone was super excited to start the journey, though we all got late and started the day around 9.30 AM types from Fagu. The journey was over my favourite road named as Hindustan – Tibet Road or NH-22 and I totally love it. I had been there in March last year too but that time the road conditions were completely different which they were during September. f you are more interested in knowing the difference between NH-22 and Hindustan-Tibet Highway, you can read one article Hindustan – Tibet Road or Road to Spiti Valley | An Introduction

The weather was pleasant and cool breeze was blowing up there in the hills. The signs of magic you know for the people like me 🙂 … After couple of hrs of drive, we reached Narkanda and stopped at Negi Dhabha at Narkanda to have our breakfast. Negi Dhabha, is one of the awesome place to eat at Narkanda with food tasting great and in service for many years now. So, next time you looking out for a meal near Narkanda, stop at Negi Dhabha. After the breakfast, we continued down towards Rampur as Sutluj met us alongside the road. It was beautiful green colour all around, Sutluj river flowing aside and a black tarmac road leading all the way to Rampur… Ohh God !! What a feeling it was to drive up there… I could not resist but to stop there and click some pictures. Many of our groups gathered  there in a while and we had some fun there. 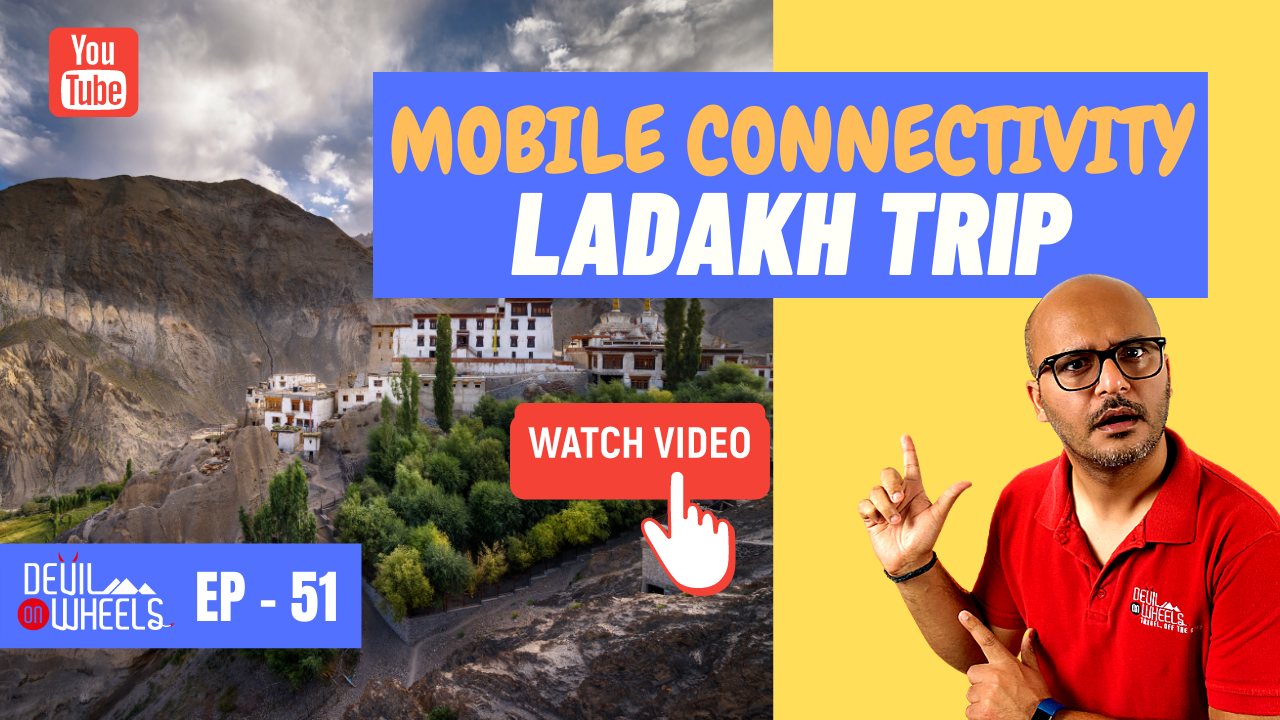 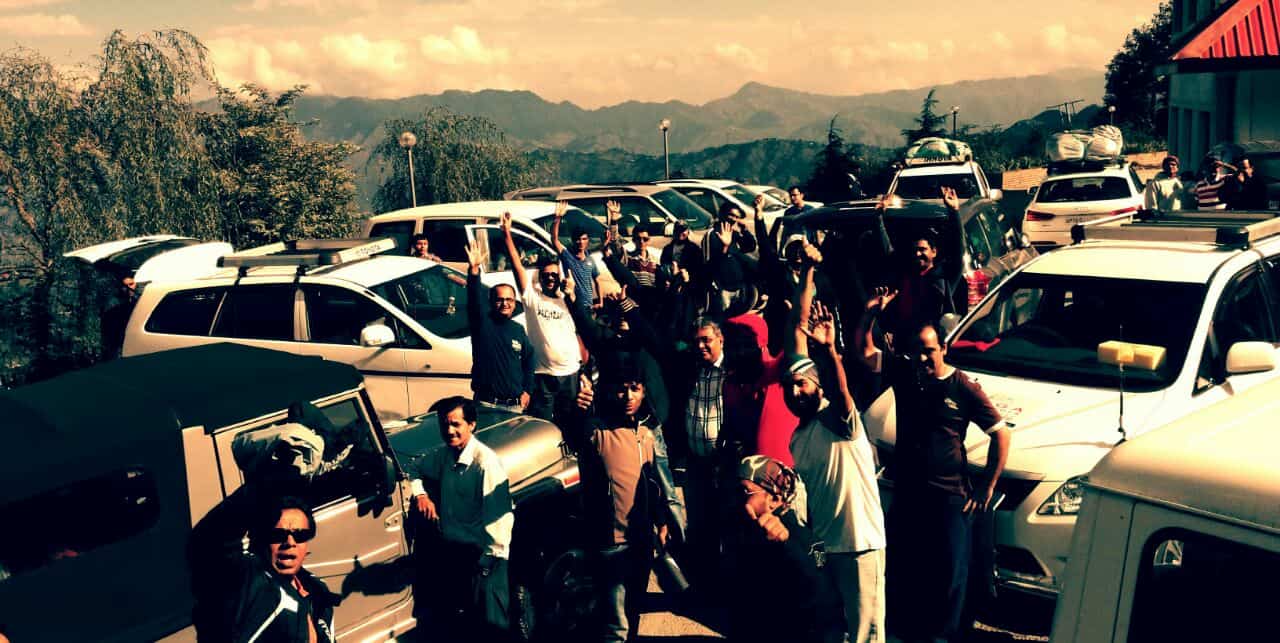 Sharing the Awesome Cake to kick off DoW Mega Meet 2014 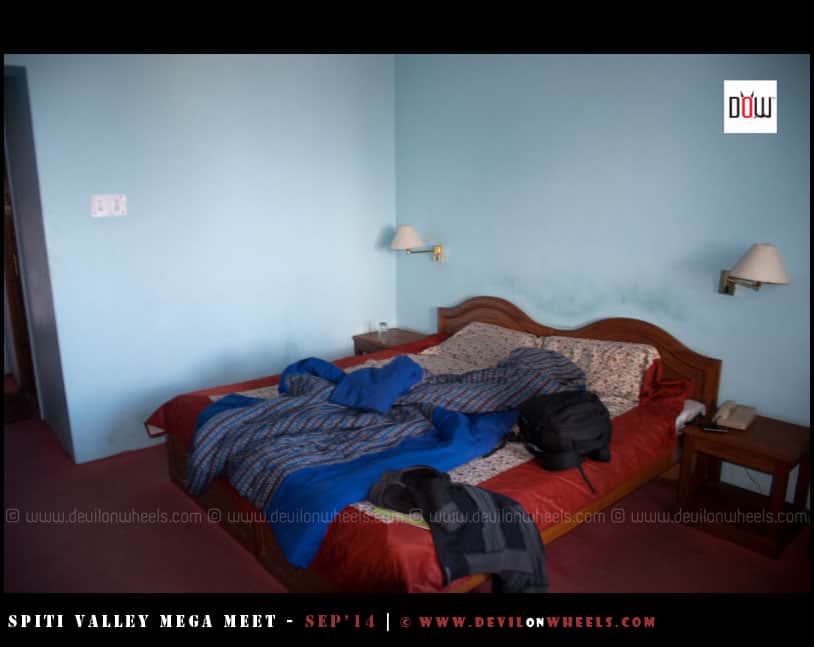 And the trademark view from Fagu 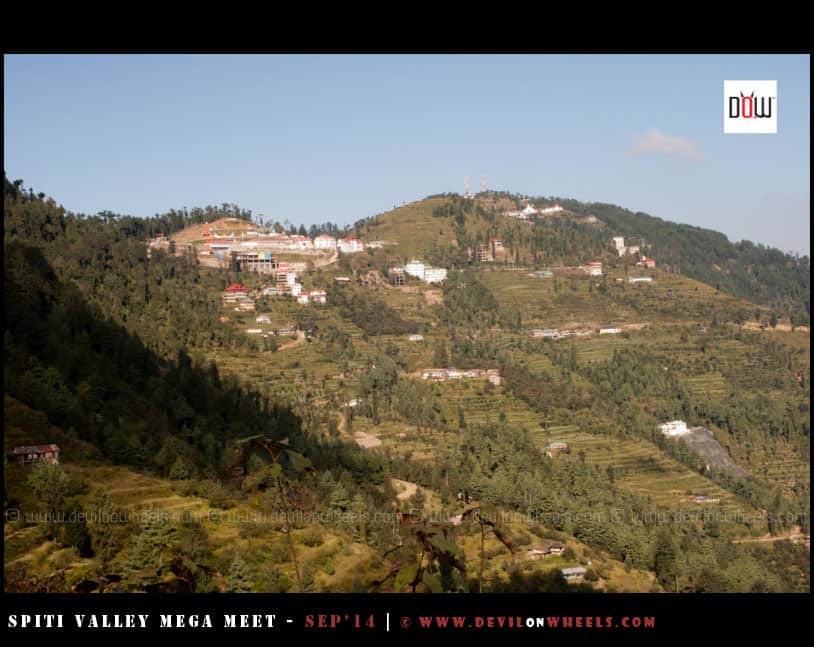 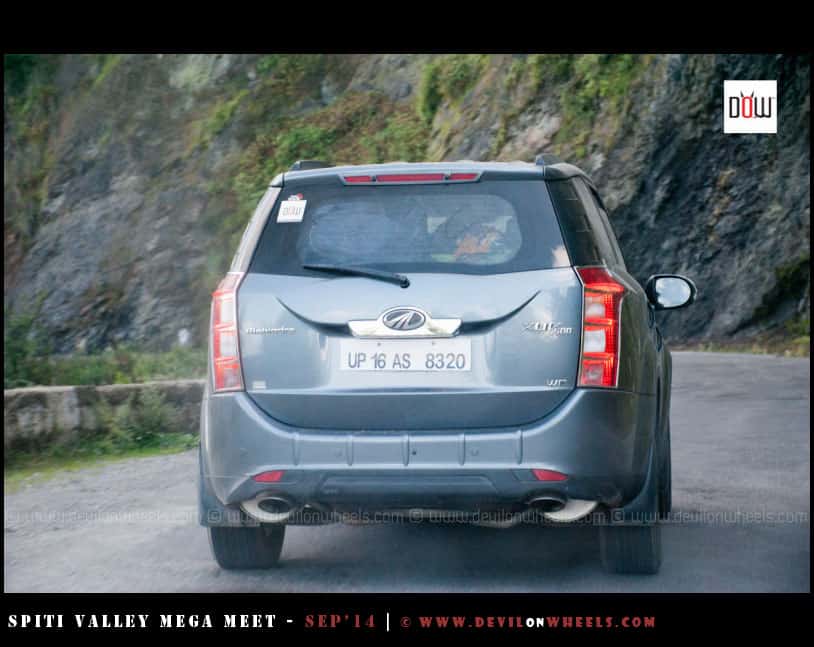 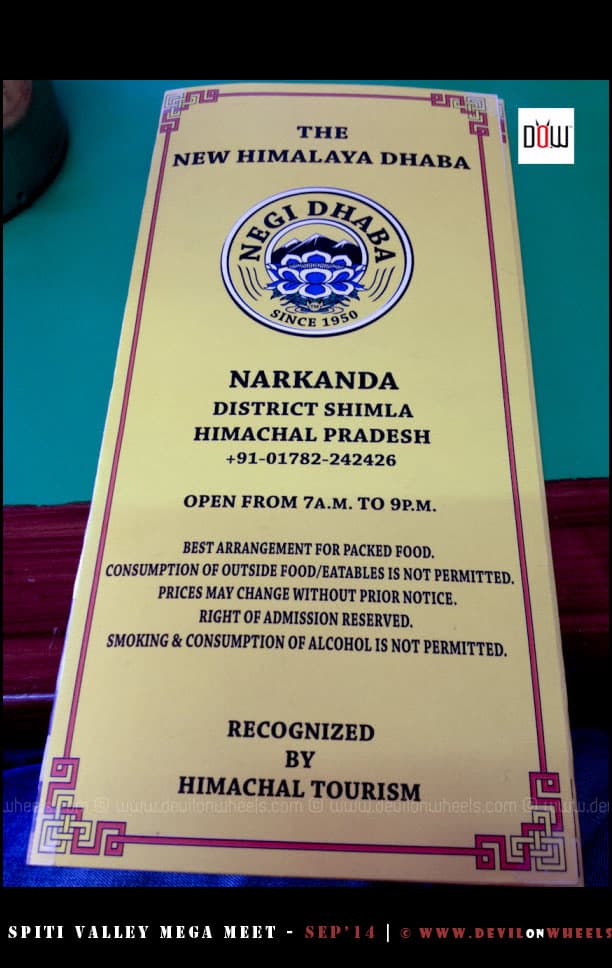 After a smooth drive, we by passed Jeori and greeted with Kinnaur Dwar, welcoming us to Kinnaur Valley. Soon, we were on the ledge of Tranda, folded hands and offered two words of prayers at Tranda Mata Temple there for the safe passage through the deadly roads of Kinnaur Valley. There were signs of rains and as we reached Bhawanagar, the last point till where the road exists, it started to drizzle. We continued on the bad roads and reached Tapri where that ugly, deadly and narrow diversion of 22 KMs via Urni – Cholling starts as the road is closed on the main highway due to a massive landslide for past 4-5 months now and still closed till date 🙁 🙁 … This diversion from Tapri is quite narrow road and only one way traffic timings are there in season time. However, being off season police let small vehicles leave even off timings too. Policemen have been placed at some key points over this whole narrow route so as to maintain traffic mess but still it happens at times. Frankly speaking, in rain times, it could mean quite a struggle with some hair-pin bend too sharp to be handled in one go by many heavy vehicles. We stuck at couple of places but to cross that 22 KMs stretch it took almost 1.5 Hrs due to bad roads, slowness and traffic hassles.

The Sutluj River flowing midst a beautiful setup near Rampur 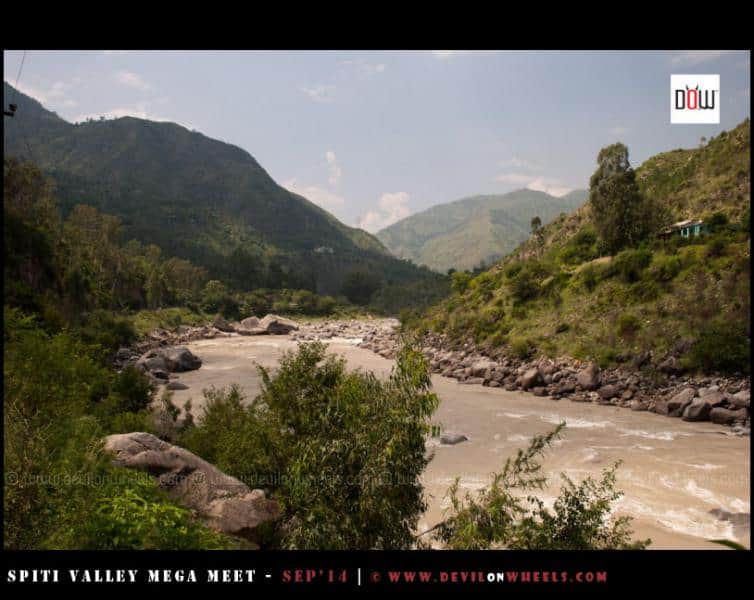 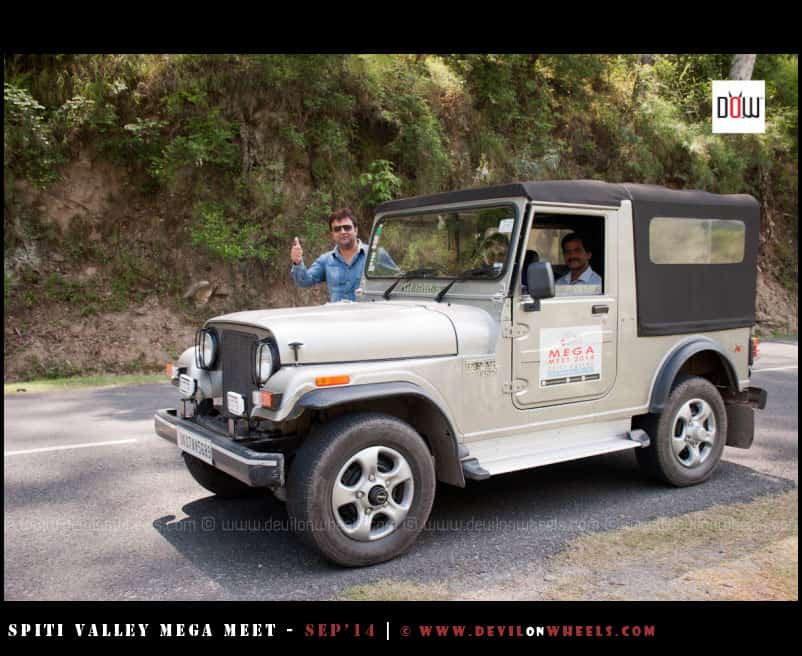 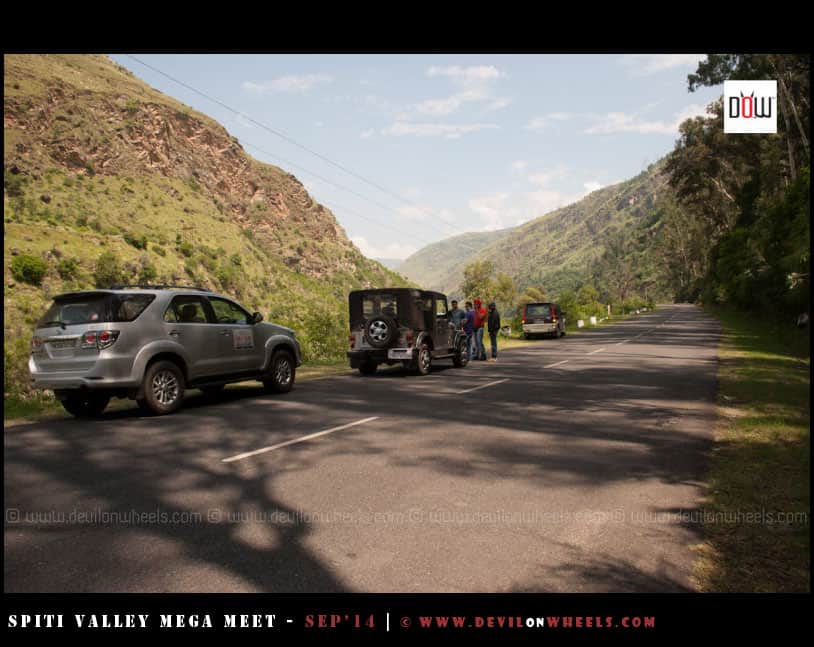 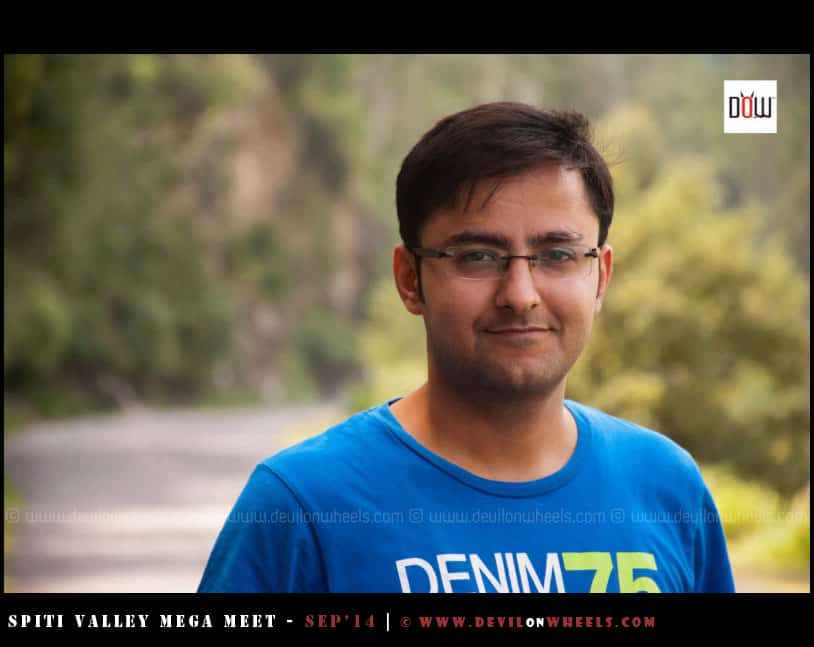 That’s Shakti, my other travel companion 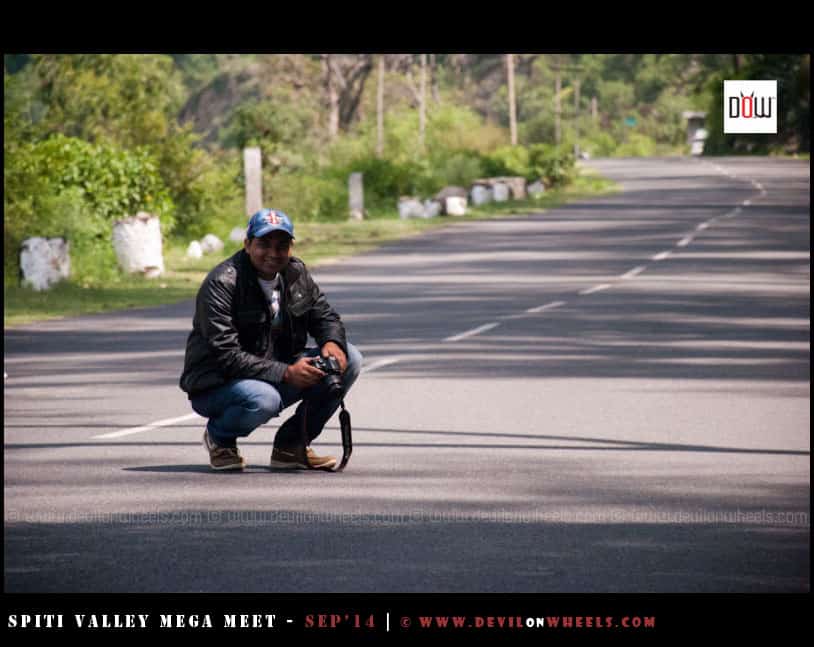 Pawan Sir, Vinay and their ride Those awesome shades of Himalayas 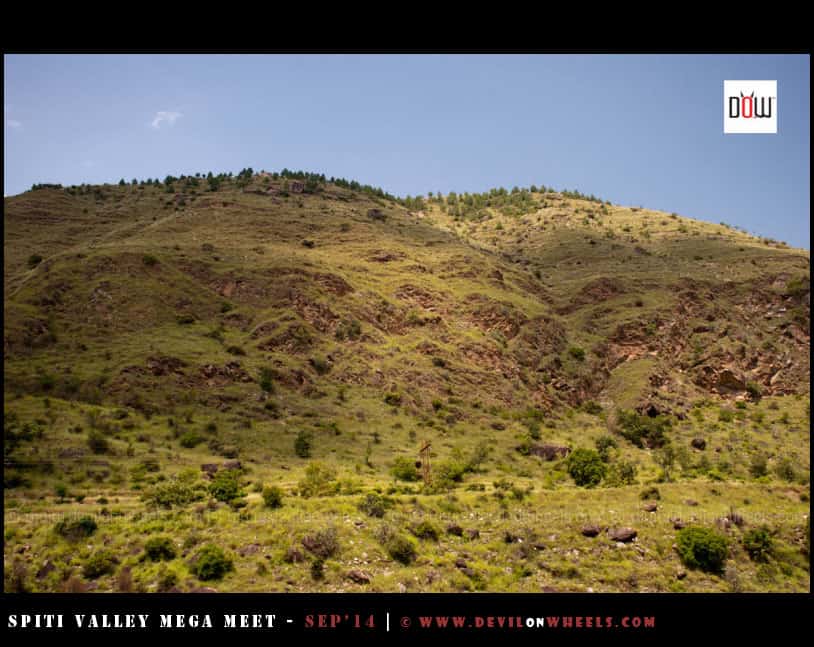 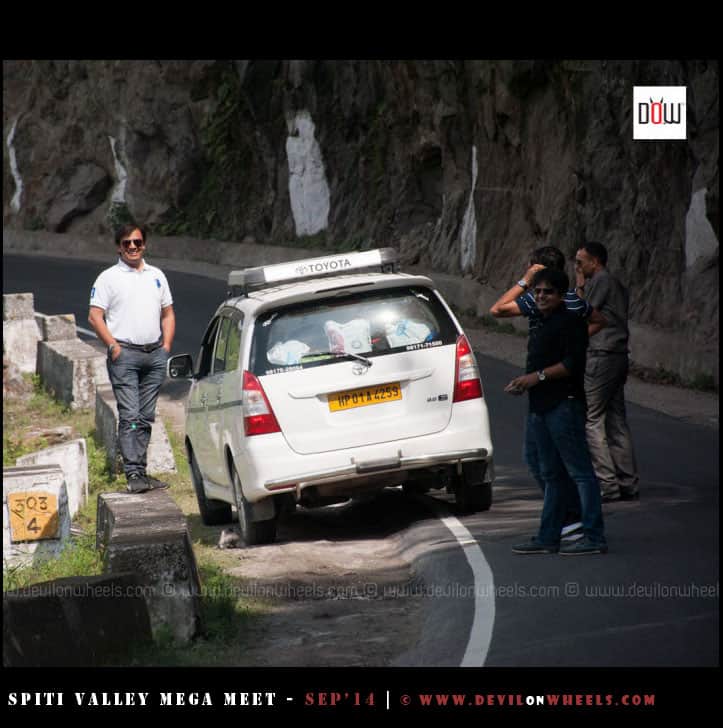 The Dark Clouds over Kinnaur Valley The Green Shades in Kinnaur Valley 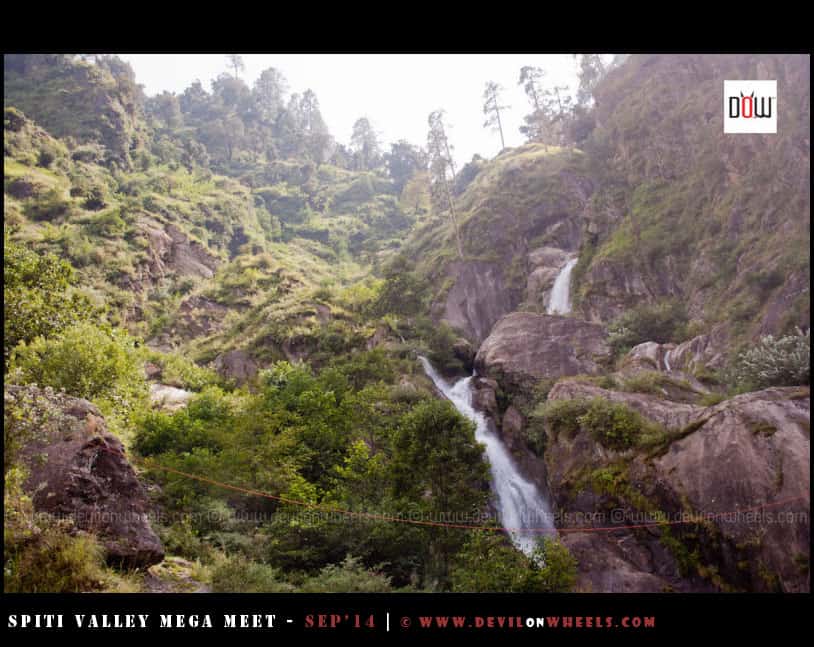 Finally we were relieved to cross the entire stretch safely and reached Karcham where the Baspa River meets the Sutlej River. The route to Sangla Valley – Chitkul also bifurcates from Karcham only. Tapan da had a puncture in his XUV which he got fixed meanwhile and then we relaxed there for a bit before starting the final leg of the day, the climb to Reckong Peo – Kalpa. Soon the diversion to Reckong Peo came from NH-22 and we started climbing to Kalpa from there as sun was also started setting down. As we passed Reckon Peo, I took a wrong turn towards Kalpa Monastery instead of following the road straight to Kalpa from there. Suddenly, there came a very very narrow road which Tapan da said, he knows and I followed him. The climb was steep with wet moss on the road. Suddenly, Tapan da braked and I braked as well as Anuj in his Alto, also braked. Tapan da was on AWD XUV, so moved on BUT… 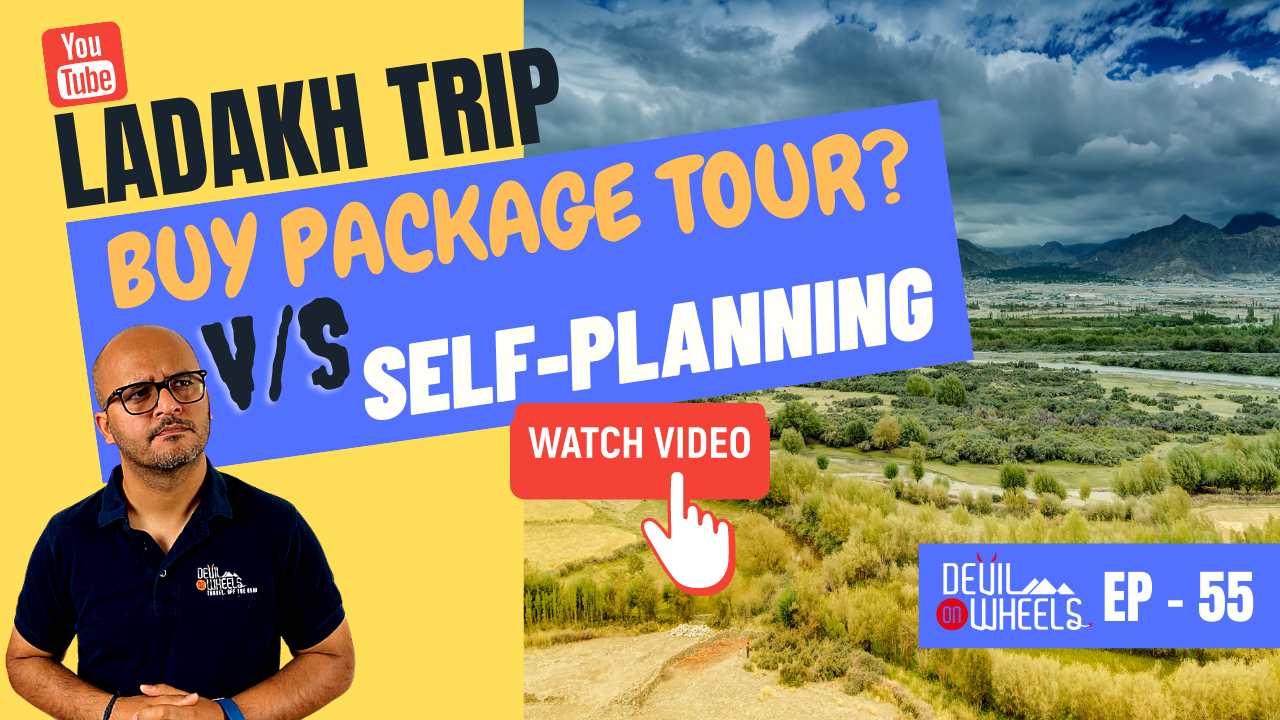 Since, me and Anuj did not have that luxury, on that steep climb and wet moss road, the car tyres refused to grip and climb further :shock:. The burning rubber smell started coming and I stopped. There was no way out than to push the car now… Dhruv, Anuj, Shakti and Anuj’s friend pushed my car to the top first and then we pushed Alto. After that, I just raced the last climb on that road. Then, the search on hotels started and we ended up being at Rakpa Regency. We booked the entire hotel for us for the day and the guy named Raj was very humble, down to earth and extremely supporting. The rooms were decent and food was also very nice at Rakpa Regency. Though taking the car up to the hotel through that narrow road with a big drain in the middle required precision in driving in dark hours of the day 😀 😀 … Raj offered fresh apple juices to us which Samar gleefully accepted and in no time we had those bottles tossed into our bellies 😀 😀 …

After a while, everyone started coming in who were behind us. Tapan da booked into HPTDC Kinner Kailash hotel while rest of the gang stayed at Rakpa Regency. Soon, my trouble of allocating the rooms started which I never thought was on my plate though when everyone came and looked at me despite their allotted captains of team it was some surprise though I never realized that moment that it will take me into deep trouble in coming days and frustrating memories after the trip ends… I guess it was my mistake then and there to allot the rooms when everyone approached me rather I should have just passed it onto either Raj, the owner OR the team captains 😥 😥 … Any ways, we will talk on this some other time. After an hour or so everyone settled and a bad news from Tsering came that Malling Nalla is closed for past two days as too much slush and water is coming through it. It was a bad news but we have to remain positive and see what luck has stored in for us next day. Forgetting the news, I walked around the hotel for good half an hour to feel the fresh air and get my senses connected completely to Himalayas 😀 😀 … And then, dinner was ready and it was quite nice though I was not expecting it to be that nice, so a delicious surprise 😀 … Before calling off the day, there were few rounds of cards on the table as we went for a good night sleep… Devils having some candid moments at Karcham The confluence of Baspa River and Sutluj River at Karcham