Ladakh taxi rates are quite high and these taxis are the backbone of transportation in Leh – Ladakh. Hence, we all look forward to options for a cheap taxi in Leh Ladakh. Now the question comes, with such high rates of a in Leh, is it really possible to get a cheap taxi in Ladakh or it is just a myth?

In this article, I will share with you some tips and tricks which can help in reducing your budget of Leh taxi rates, especially for Manali – Leh drop.

In my previous article on how to calculate the budget for Leh Ladakh trip, I mentioned that if you hire a private taxi for Manali to Leh journey then it can easily cost you about Rs 17000 – 19000 just for a drop from Manali to Leh or Leh to Manali. However, there is another way out if your luck is with you.

Hence, the private taxis charges are so high because the drivers have to get costing for traveling to both directions. But, we are humans after all, and at times these rules are broken for the benefit of both passenger and the driver.

How to hack the rule? 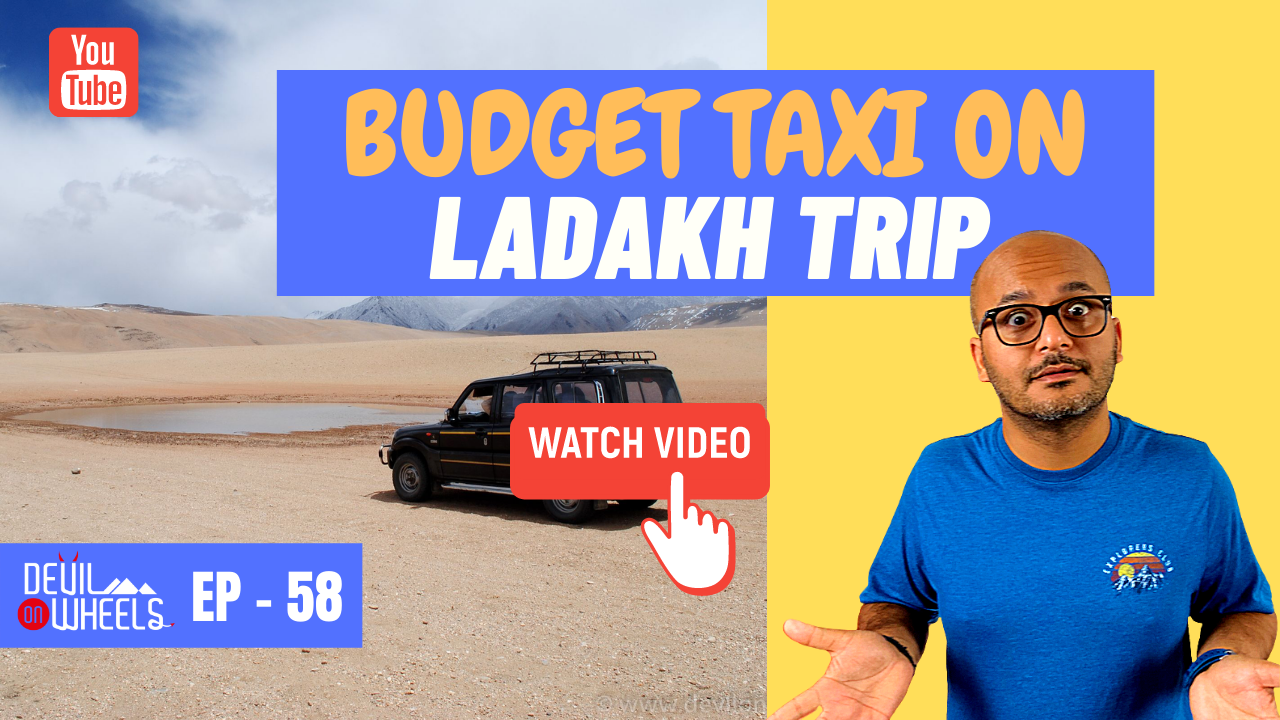 And, well, you can save the entire cost of food and accommodation almost for the entire trip and hence, can easily make a budget trip to Leh Ladakh 😯 😯 …

What is the catch??

Haha, however, the toughest part is to find such a deal in both directions until unless you have sufficient contacts with both Ladakh Taxi drivers as well as Manali taxi drivers who are friendly enough with you to fix such a deal. Maybe on your third or fourth trip to Ladakh, you can manage such a handsome deal. But keep reading…

Realistically speaking, with little ease you can at least chip in with Rs 7K – 8K savings.

Sometimes it also depends on the model of the taxi as well along with its condition. For example, you will not find Innova in Leh at cheaper prices, while on the other hand if it is Sumo or Tavera, the will be happy to bargain.

So, how do you get a cheap Leh Ladakh taxi?

When you reach Manali try to fix the deal with Himachal taxi driver first for one side journey to Leh. He will, of course, ask you anywhere about Rs 18-19K for a drop to Leh as per the rates.

Once you settle for one side, then tell him about your interest to come with him only from Leh as well on one of the days he will be returning from Leh to Manali. Depending on your Leh Ladakh itinerary, fix the day and deal with him. 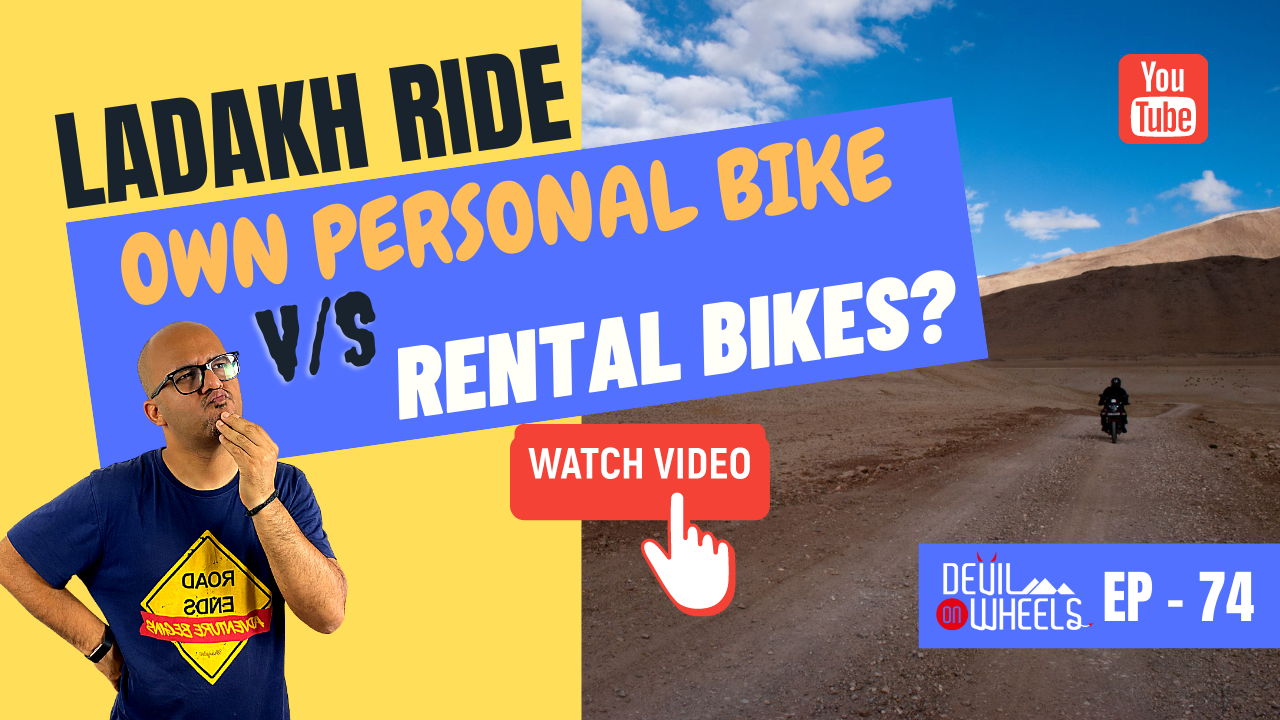 He will probably ask you anywhere between Rs 8000 – 12000 depending upon the bargaining skills or maybe for the entire package. If the taxi driver does not agree, then move to some other one and repeat the same process in a way you like. You will need to explore some options to find such a deal. Hence, reaching Manali or Leh taxi stand a day before or early morning is highly advisable.

A true account of my friend who followed the above process and successfully booked such a deal for Rs 21,000 in June 2011 where he paid Rs 4000 for the return journey from Leh to Manali. Thereby saving good Rs 11K – 12K for investing in local taxis within Leh Ladakh. I know it is 2019 now, but rules have not changed much.

Note: Same rules apply between Srinagar – Leh Highway but I have heard many drivers of Leh and Srinagar both, run their taxis from other ends as shared taxis where they charge about Rs 1300 – 1500 per seat for a drop. In that case, it will be more difficult to find such a deal. Hence, I have not mentioned anything about Srinagar though you can apply the same process between Srinagar and Leh as well, who knows your luck is on the higher end of the curve at that moment 🙂 … In general, Leh to Srinagar taxi fare is about Rs 15000 – 16000 approximately.

Can I get shared taxis in Leh – Ladakh?

Yes, you will be able to find the shared taxis in Leh – Ladakh without much fuss at all. There are lots of flyers that people put up at cafes, dine-ins, restaurants, travel agent desks/shops/whiteboards wanting to share the taxis for different trips within Leh Ladakh as well as on Srinagar – Leh, and Manali – Leh routes. Even some travel agents organize such shared taxis tours with sightseeing as well but charge a little higher about Rs 300-500 more than it would ideally cost. So, in the worst case, you can always go back to them and book a seat for yourself in such shared taxi tours in Ladakh.

Is it a good idea to travel from Leh to Manali in a shared cab?

Yes, if you are short on budget or time, then you can travel on Manali Leh Highway in s shared cab or taxi. In general, these shared taxis will charge a fare of Rs 1500-1800 per seat for a drop from Manali to Leh or Leh to Manali. The shared cabs do not stop for sightseeing much and mostly do this 474 KM journey in a single day cannonball run style.

Which taxi service is the cheapest in Leh Ladakh?

The Ladakh taxi union controls the rates of taxis in Leh Ladakh. They publish the rates every year in March – April, and you will get the cheapest taxis in Leh based on the model of the taxi. Taxi union divides the taxi rates in three segments based on the model of the taxi, with the highest being Innova, XUVs, etc.. and the lowest segment being Sumos, Tavera, Vans, etc.. However, the difference isn’t that much. Best is to get in touch with a local driver who can provide you 10-12% discounts in his own capacity.

Can I get taxis from Leh airport?

There is no Leh airport taxi service available unless you fix a deal with a local taxi driver who will come to pick you up from the airport. In general, taxis charge Rs 500-600 for a pickup and drop in Leh from the airport. There are JK SRTC buses also available from Leh airport for a drop to Leh town, which can be a very cheap option in case you do not have too much luggage.

You should always carry your water bottle and refill it as many times as you need water. It will not only keep you hydrated always, but you will also help in saving the Himalayas from plastic garbage. Remember, every tiny step counts and your step in this direction can help save the Himalayas too !! 🙂 🙂

In the end, all I have said so far, it is a bit difficult to find a cheap taxi in Leh Ladakh but is indeed possible, and people do it or have done it in the past. Just it depends on your luck and the way you deal with people after meeting them.

So, while planning your trip to Leh – Ladakh try to explore this option as well or keep it at the back of your mind and who knows you may “manage a 2N/3D Nubra and 1N/2D Pangong Tso trip from the savings you get from it.“, as quoted by one of my friend and a super passionate traveler Kaushik da in this IM thread. In fact, the source and motivation of this article is Kaushik da and that IM thread only, so special thanks to him for pointing me out.

I would be pleased if one of you find such a deal and have any experience with it. Any tips, suggestions, contacts, anything that saves us money, and get the cheap taxis in Leh – Ladakh, will be helpful for other fellow travelers too. So, do share your thoughts and valuable inputs or resources on the same with us too.

If you know your friends or family are planning a trip to Ladakh, do share this article with them to help them make a memorable Ladakh trip.